A Little History Of Orthodontics

With all the new orthodontic procedures and appliances that flood the media, you might think that orthodontics is a relatively modern concept. Nothing could be further from the truth. We now know that crooked teeth are as old as man and that the attempts to correct them go back thousands of years.

Nowadays, the quest for the “perfect smile” has orthodontists using myriad kinds of braces to correct crooked teeth, and something very similar to braces has been found in Egyptian mummies. Many of the mummies had crude metal bands around their teeth, and archaeologists believed catgut may have been tied to these bands to provide pressure to move the teeth.

Other civilizations, such as the  Ancient Greeks, Etruscans, and Romans also employed methods to correct misaligned teeth and jaws—even using gold bands to move them into place. And this practice was not just applied to the living but was found to be true in the burial ceremonies. It looks like some people wanted to take that perfect smile into the hereafter!

The theories on how to straighten teeth were many and varied including those described above. But it didn’t end there. The Ancient Greek physician, Hippocrates, wrote the first known description of tooth irregularities around 400 B.C. A Roman writer named Celsus, 400 years later, recommended bringing newly emerging teeth into their proper position by regularly pushing them with your fingers! A few centuries later, the Roman writer Pliny described a method where teeth would be filed down to the same size. Enough of ancient dentistry, though.

Orthodontics In The 17th & 18th Century

The big orthodontic advance at this time was the creation of impressions. The early17th century found Matthaeus Gottfried Purmann, using wax to take impressions. Later,  Phillip Pfaff used plaster of Paris. But it was in the 18th century that advances in dentistry and orthodontics, in particular, took off. Pierre Fauchard, born in 1728, is considered the Father of Dentistry, having invented an appliance called bandeau. This horseshoe-shaped strip of metal contained regularly spaced holes that fit around the teeth to correct their alignment. Fauchard would also operate on patients with a set of forceps called a pelican, forcibly realigning teeth and tying them to the neighbouring teeth to hold them in place while they healed.

Fast Forward to the 20th Century

It wasn’t until 1900 that orthodontics was first declared a specialty by Edward H. Angle, becoming the first dental specialty. He founded the American Association of Orthodontists (AAO), started the first independent school of orthodontics, and originated the classification of malocclusions.1 In the early years, the goals of orthodontic treatment were to attain ideal occlusion without the extraction of teeth. Angle believed that if the teeth were placed in the ideal position, good facial aesthetics would result. Angle opposed the extraction of teeth; consequently, all of his cases were treated non-extraction. Later, some orthodontists embrace the concept of extraction to, in extreme cases, create space for the teeth to align.

Orthodontic treatment has come a long way over the millennia and even in the last 30-50 years. Not too long ago, the process of putting braces on could take several long, uncomfortable appointments. Braces were attached to teeth with steel bands that had to be individually fitted around each tooth. Nowadays, with major advances such as technology adapted from NASA, smaller braces applied directly to the tooth surface, high-tech adhesives, and computer-software make orthodontic treatment a much more comfortable and simplified process.

Treatment today is certainly more efficient and predictable thanks to the many advances in materials and procedures. We at Forest & Ray are proud to carry on the traditions handed down to us. Moreover, we will be happy to share our expertise with you and demonstrate our state-of-the-art technology and procedures. We are waiting for you! 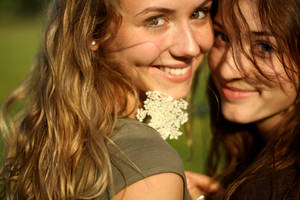 Getting Braces Removed: What Comes Next 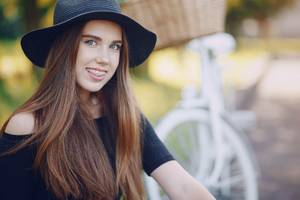 Braces: Clearing Up The Confusion About Them