The concept of self-ligation is slowly but surely catching on. Most patients have an idea that this phrase exists and it means something, but there is a considerable amount of confusion as to what exactly makes a brace self-ligating. Most people know it is something to do with the brackets, and some will even tell you that self-ligating braces make the use of rubber bands (orthodontic elastics, similar in appearance but somewhat differing in function from rubber bands) obsolete. But why? How? What makes the self-ligating orthodontic bracket different form a regular one? Here below is a little exposé about what the difference is, and why self-ligating braces are worth it.

Orthodontic ligation refers to the function of the braces where the wire is affixed or tied down at the end with an elastic. Several elastics can also be hooked into the teeth and exert force onto several teeth at once, this is called a powerchain. Sometimes ligatures are made of wires, typically in the case of a power chain. To exert force in a certain angle, or to exert different amounts of force on different teeth, ligatures are used. This is because traditional orthodontic brackets just hold the archwire in place, the exertion of force is actually caused by ligatures. Not so the case with self-ligating orthodontic brackets. 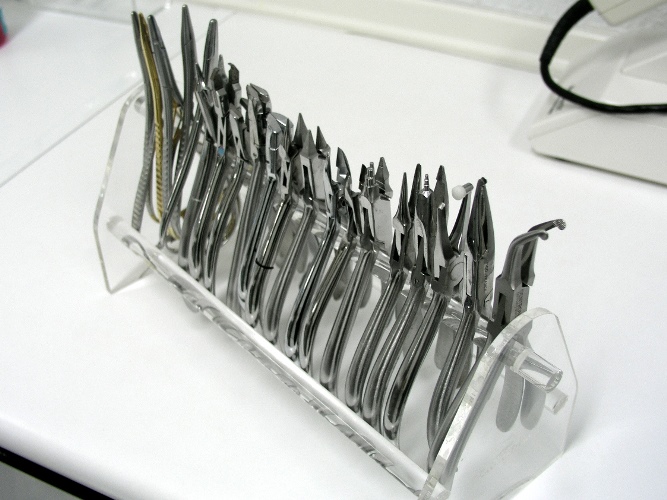 Self-ligating brackets have one or two holes in them. This hole can be adjusted with a little piece of metal that is behind it, and which can push the archwire at angles, exerting force in different places. These brackets also have locking mechanisms in them, meaning they exert force directly on to the tooth by way of the wire, making any additional pieces of orthodontics unnecessary. In this way the wire can now directly apply pressure in any amount and at any angle, and that it can be locked into the bracket. Thus elastics become obsolete.

Self-ligating brackets are typically bulkier and somewhat larger than regular brackets, although some brands are changing that, too, and many are now advertised with their small size. Aesthetically speaking there is virtually no difference between the two types of brackets, and self-ligating brackets now come in tooth colored porcelain, clear or transparent plastic or quartz, as well as colorful and of course regular stainless steel, too.

Although a little bit more expensive than traditional brackets, self-ligating brackets are worth it because they are better looking, more comfortable, and typically take less time to do the same thing.