While in braces, the bacteria that live in your mouth have a chance to proliferate out of control. This is because of a combination of factors. There are more things in your mouth, giving a larger surface area that they can stick to, and a much larger surface area to wreak havoc in. The process by which teeth are straightened relies on a state of inflammation, keeping the gums supple to allow ease of movement. While in this state, the immune defenses of the mouth are down and thus bacteria are not confronted as easily, and this way they can proliferate more. Your mouth also dries out, and as spit is a natural antibacterial substance, its absence further creates an environment in which bacteria can proliferate.

All of this of course leads to much higher instances of periodontitis. The teeth and braces are harder to clean and more bacteria stay in the mouth, causing periodontal infections when they get near the weakened gums. The bacteria then go on to burrow and infect the gums, thus causing periodontitis. This happens to about 50% of patients, which is a staggeringly high number! But, as always in medical science, the truth is not as simple as that.

There is a complicated relationship between the patient, their gums, and the bacteria living in and on them, and orthodontic treatment further complicates the affair. While it is true that moving teeth around in an unsanitary oral environment opens up the risk for periodontitis, orthodontics can actually cure periodontitis as well. If the teeth were very crowded, the process of straightening them can clear up the periodontitis and the gums will be saved. 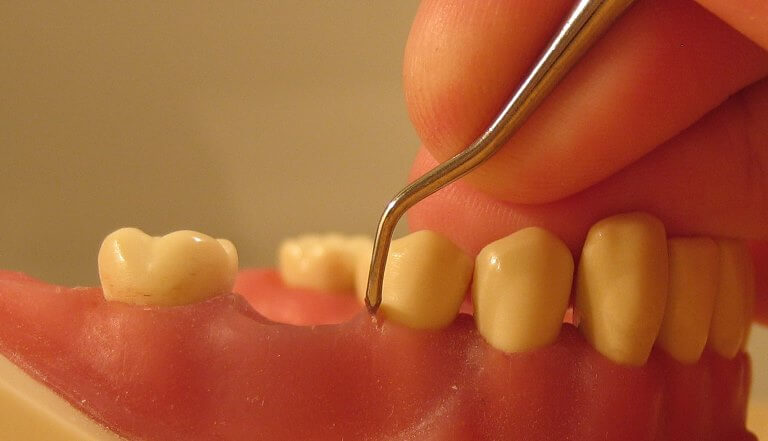 While a gel or cream or other topical that kills periodontitis-causing bacteria is still some time away, there are steps you can take to make sure that you do not fall victim to periodontitis while in braces. First of all, and most importantly, get all of your cavities filled, get a hygiene session, and take care of any and all dental work that needs to be done before you start orthodontic treatment! If you do not, you are more likely to get periodontitis. Second of all, be extra diligent with your at-home oral hygiene routine. Get an interdental toothbrush and clean the areas between your gums and teeth, gums and brackets, and brackets and teeth. Use mouthwash twice a day, and rinse and brush after eating anything at all.