Periodontal disease frequently accompanies orthodontic treatment. Getting periodontitis while in braces happens, but it is by no means inevitable. If it does occur, you do not need to wait until the end of orthodontic treatment to get rid of it. It is not a necessary side effect of wearing braces, and it is not something that you just need to tolerate, it is a serious dental condition which is unwanted, unsavory, and should be dealt with as soon as it rears its ugly head.

The accumulation of plaque while in braces is much more severe than without them. This is because the braces also get food particles stuck in them, and the shape of the braces is such that when you bite, the brackets push food above and below themselves, leaving a very distinct pattern of food detritus. Some of it can be dealt with very easily by rinsing, and some of it, like the stuff that gets caught in the tiny little enclave between your gums, teeth and the bracket, are extremely difficult to clean.

Plaque that is stuck near the gums causes gingivitis, because bacteria live in plaque, and constantly attack the gums. Gingivitis is essentially the immune reaction of the gums in an effort to keep the bacteria at bay. It is an inflammation that results in swelling of the gums, possibly bleeding (as the capillaries are now taxed and closer to the surface), and can become painful if left unchecked. 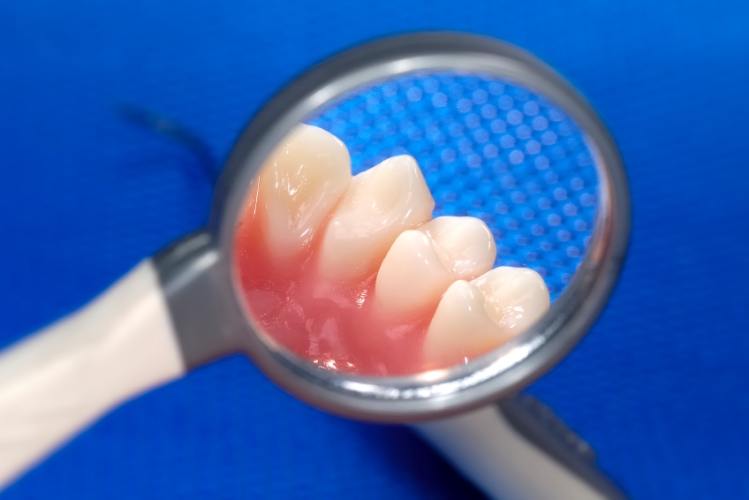 During orthodontic treatment, the gums are inflamed already. Orthodontics is essentially a controlled inflammation that helps the gums become more relaxed and makes it easier to guide the teeth. Since the gums are already inflamed, it makes it so much easier for bacteria to irritate the gums, as they are already under stress in many ways, and are already creating an immune reaction to the braces. This is why inflammations can get so bad when in braces, as the gums can swell to outrageous extents, even sometimes obstructing the brackets and the arch wire!

How to prevent gingivitis in braces

Usually, flossing and the use of mouthwash is enough to stop gingivitis. However, when a patient is in braces, flossing with the ordinary method may be impossible, or much less effective. As a result, many patients abandon flossing altogether, and thus create a situation in which gingivitis is almost certain to happen. The proper course of action is to buy an interdental toothbrush. This can go between the brackets and the teeth to reach those very hard to reach spaces, nooks and crannies where plaque is likely to build up and cause trouble for the gums. True, it’s a bit more work, but to avoid periodontitis it’s absolutely worth it.